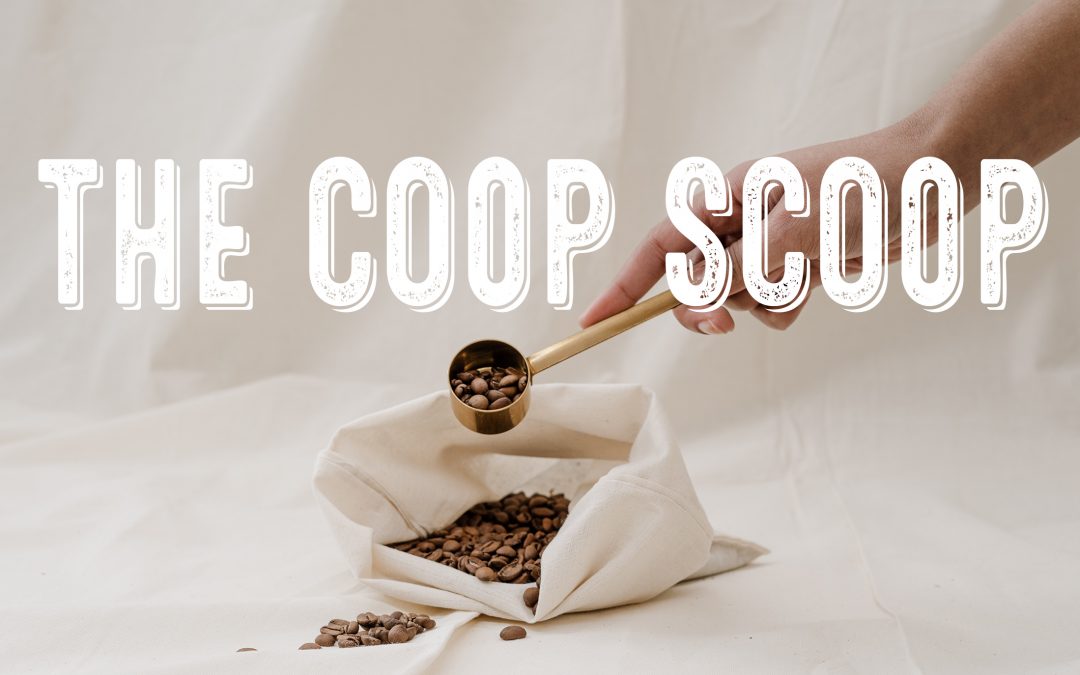 June is here and summer is just around the corner; hot off the press, the fifth installment of the Coop Scoop! Every department is filling up with summer favorites, new local and organic offerings, and procuring handmade goodies from local makers. During May the co-op hosted an outdoor event, we expanded our local offerings, and we collected money for another great non-profit. If you missed our outdoor Compost Swap event with Impact Earth May 8th, we have another outdoor event coming up on Saturday June 19th, live music, samples of local beers and ciders, local vendors- it’s going to be great! We hope to see you here.

In alignment to the new recommendations from the CDC and the Governor of the State, the masking policy at Abundance Food Co-op has changed as of Wednesday May 26th, 2021.

*Except where doing so is not recommended due to age, would exacerbate a health or medical condition, or is otherwise exempted by local or state order.

While the CDC and New York State have relaxed mask mandates, Abundance invites and encourages customers and staff to continue to use face masks while in the store, out of consideration to those who are immunocompromised or are otherwise unable to get vaccinated. Thank you for helping us take care of our community. 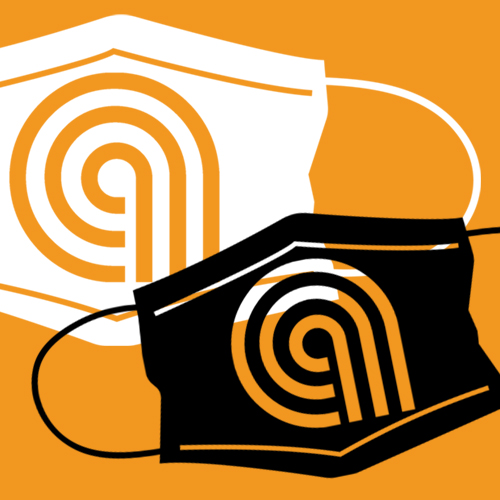 The co-op shared this information via: 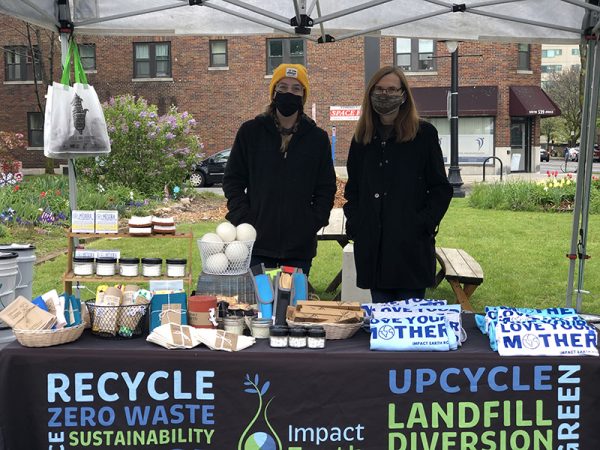 Our Impact Earth Spring Compost Swap event on May 8th was so much fun! We closed the side parking lot off from 10AM-6PM we swapped out compost buckets, passed out free Fair Trade Mango Guacamole (the fruit and vegetables were super kindly donated by Four Seasons Produce), and we jammed out to some live music (Eric Manzler was amazing!!)!

If you missed this event, there will be another Compost Swap event in the fall!

You’ll notice that we moved our Free Book Library and Feedback Podium back to their original station right next to produce.

Next time you are at the co-op, take a look! 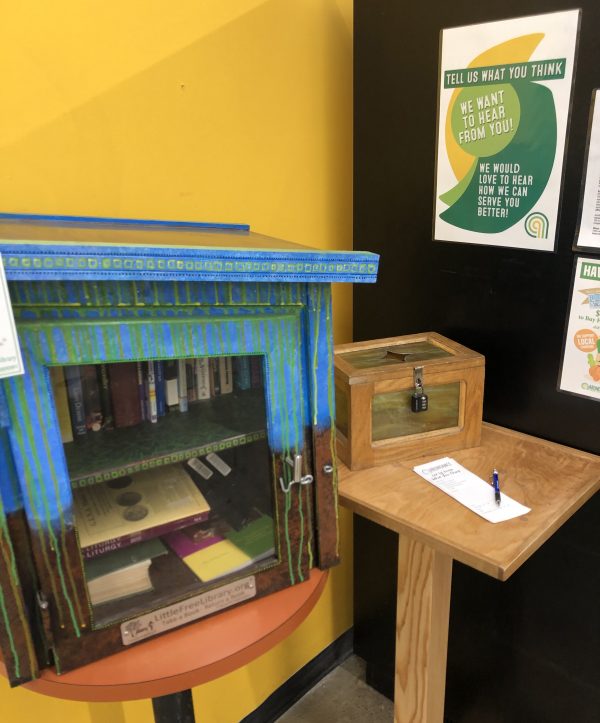 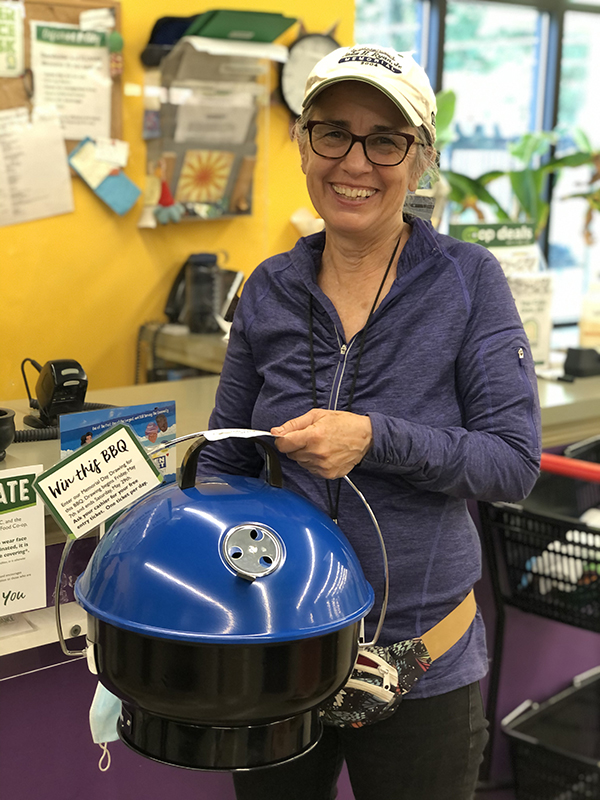 Our winner for the grill was drawn and Sandy came in to pick it up!

Thank you to everyone that entered to win, stay tuned for our next drawing coming soon!

We have about ten shirts left at the co-op, then these limited tees celebrating our 20th year will be gone! Make sure to scoop one up next time you are here, and show some support while you’re cruising around the ROC. 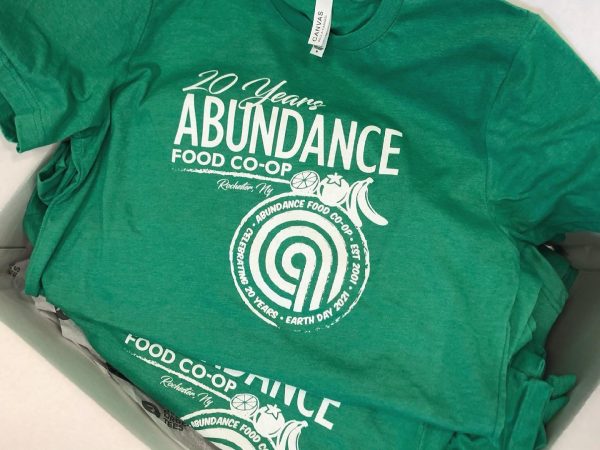 With all your help we collected $667.45 for this non-profit 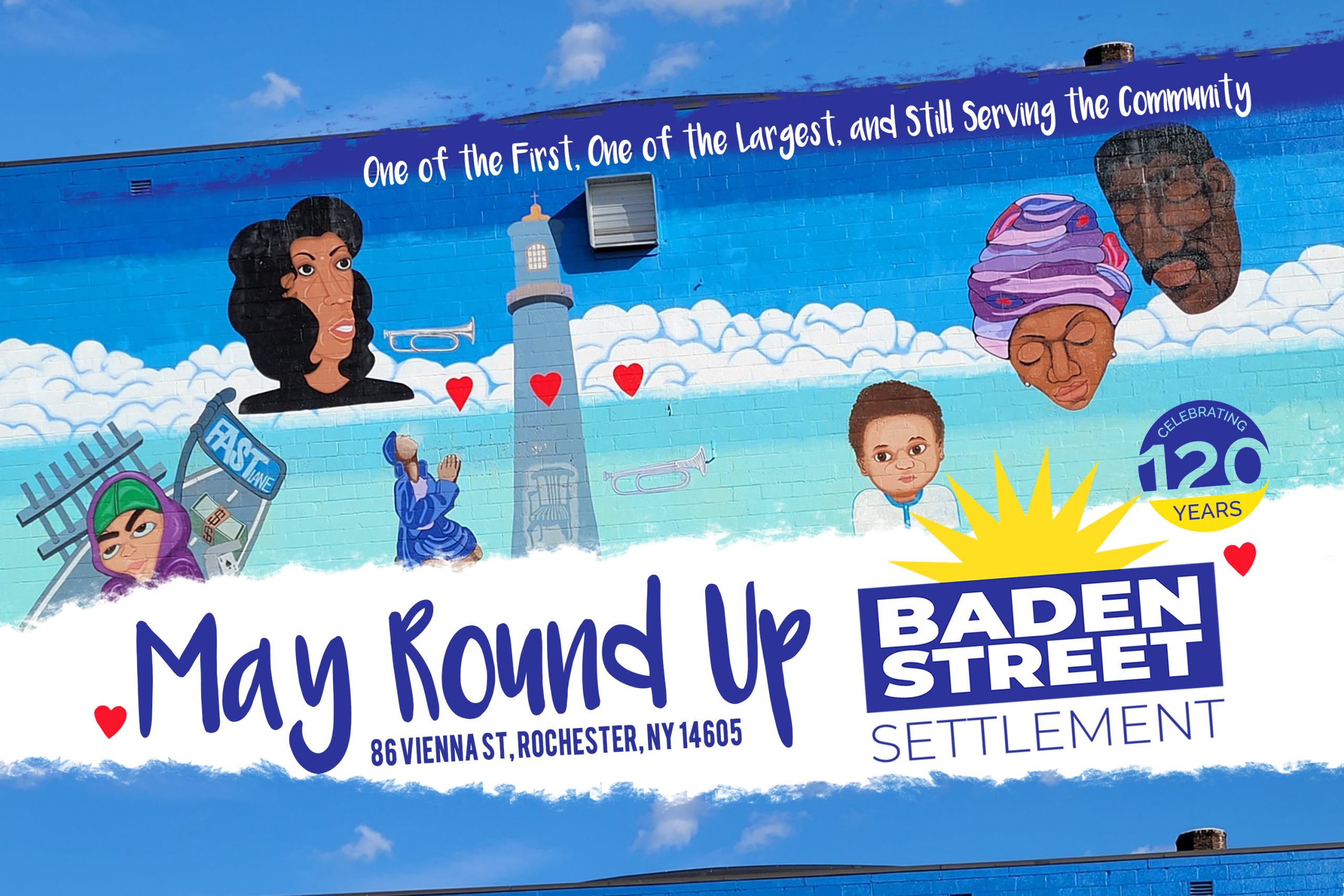 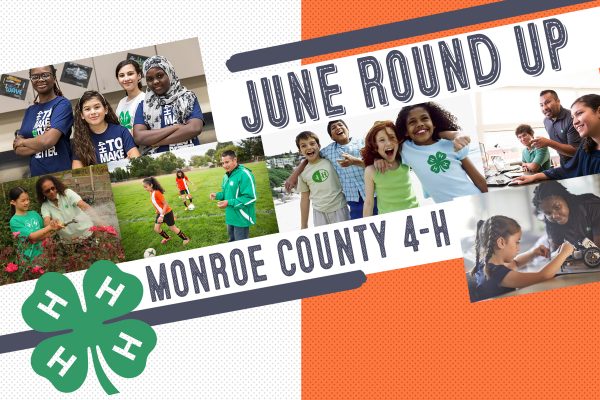 This month the co-op will be supporting Monroe County 4-H! The Monroe County 4-H is a youth development program that serves youth throughout Monroe County. We, the Monroe County 4-H team, and 4-H nationally believe that all youth should be given the opportunity to learn and grow through the educational programs offered and the positive adult and peer relationships that come with being part of 4-H.

SO FAR THIS YEAR

June is always jam packed with sunshine and barbecues, and the grocery department will be stocked up with all the necessities to help make all your meals delicious! 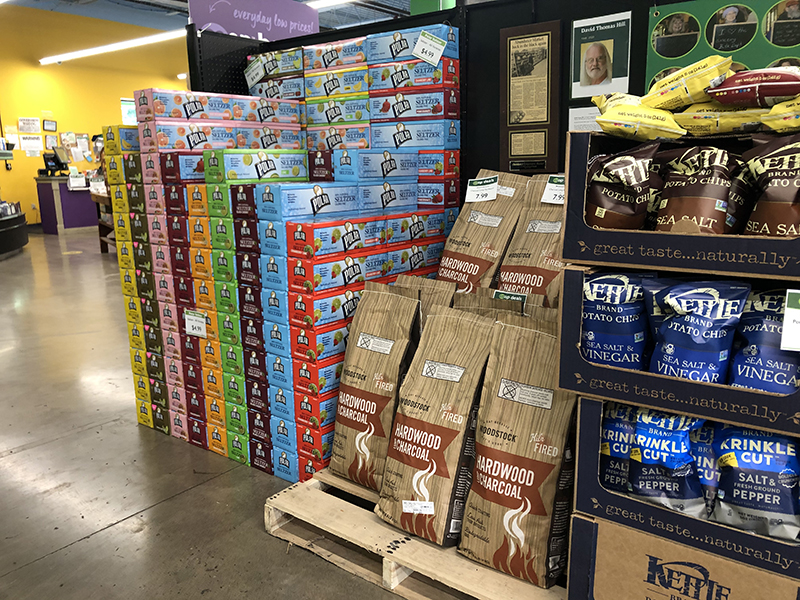 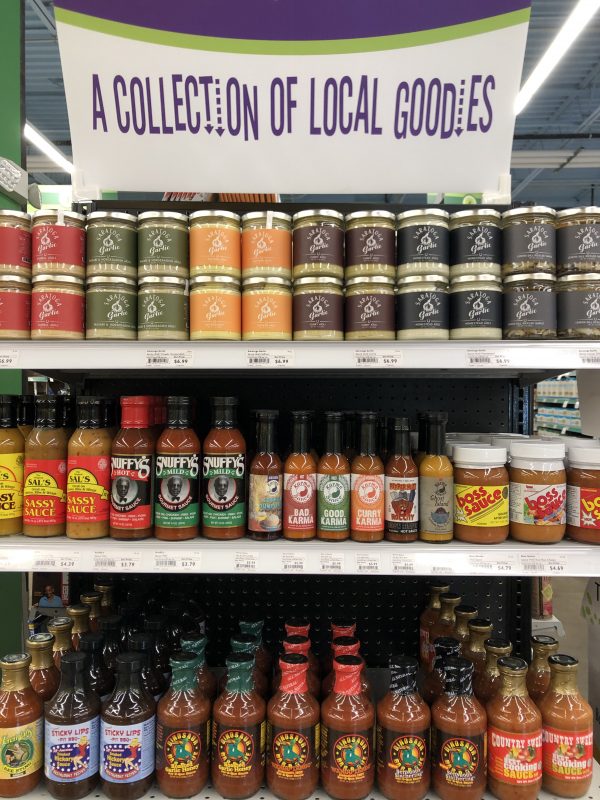 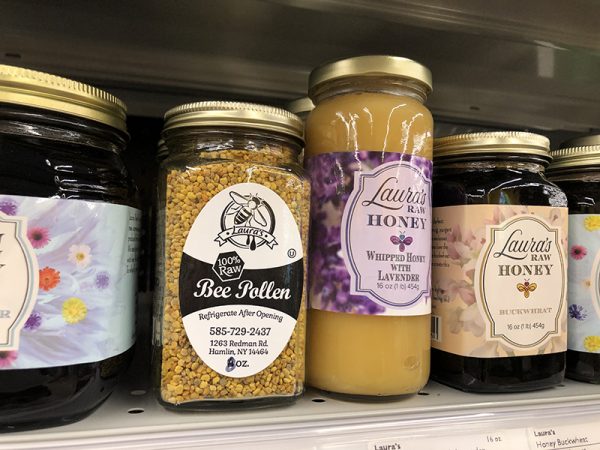 Locally produced 100% Raw Bee Pollen from Laura’s. If you’ve never tried any of the Laura’s Raw Honey -you are certainly missing out. Laura’s Raw Honey was started in 2015 by Laura Doan, a 4th generation beekeeper in the Doan Family in Hamlin, NY. She provides local, raw, unprocessed honey to businesses and customers all over Upstate NY and the United States. 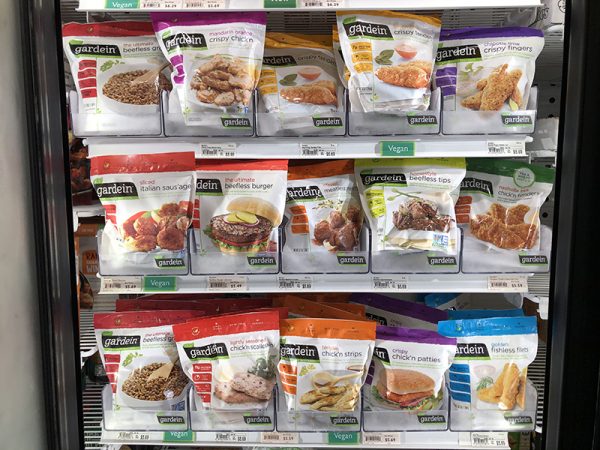 We know how many vegan shoppers we have at the co-op and we are actively expanding our vegan offerings. Our Gardein section is stocked up with yummy options like Mandarin Orange Crispy Chick’n, Fishless Fillets, Meatless Meatballs, Italian Saus’age, Beefless Tips, and more!

Want some cheese on that Veggie Burger? Check out some of the amazing vegan selections we have- find yourself a new favorite and let us know what you think! Miyoko’s Creamery, Follow Your Heart, and Daiya– oh my! 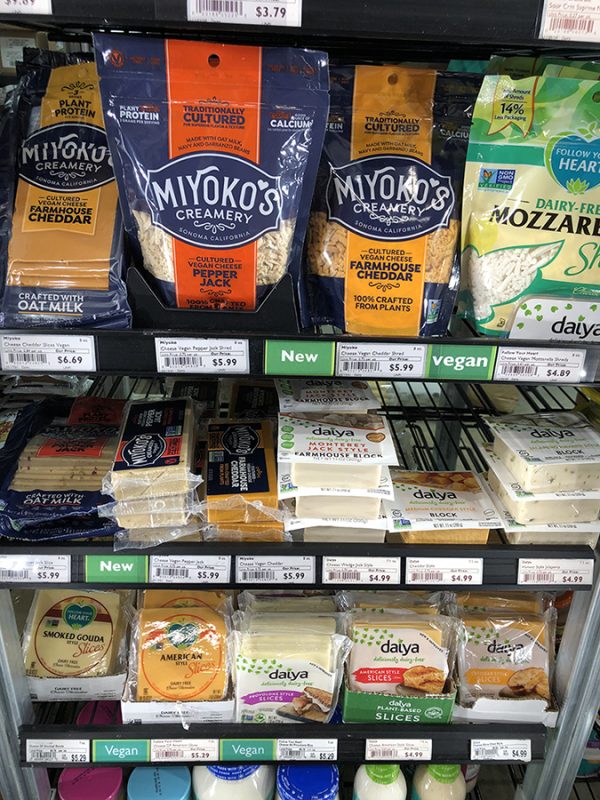 In May the department started seeing more and more local lettuces, greens, and herbs come through. The department is exploding with organic, colorful, summertime favorites like berries, watermelons, tomatoes, zucchini, and more!

We heard you when you let us know how much you loved the compostable packaging that came in recently – we have passed on all that positive feedback to our distributors; it is our hope that more and more product gets packaged using more minimal waste options. 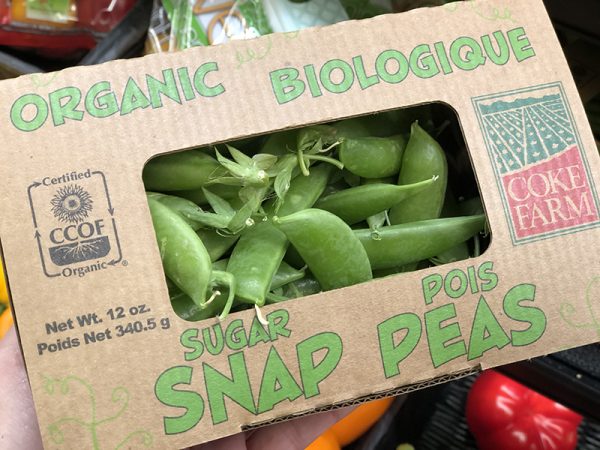 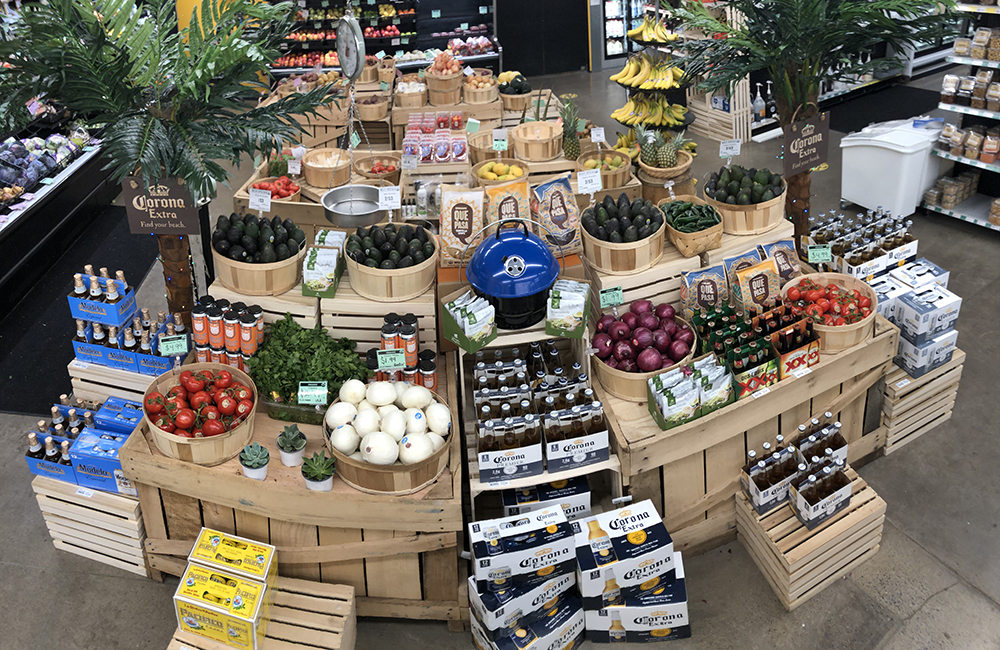 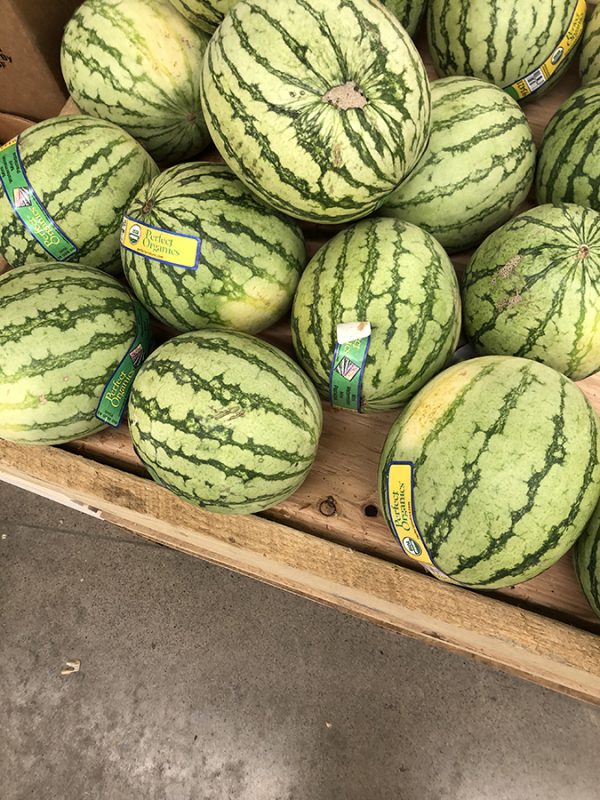 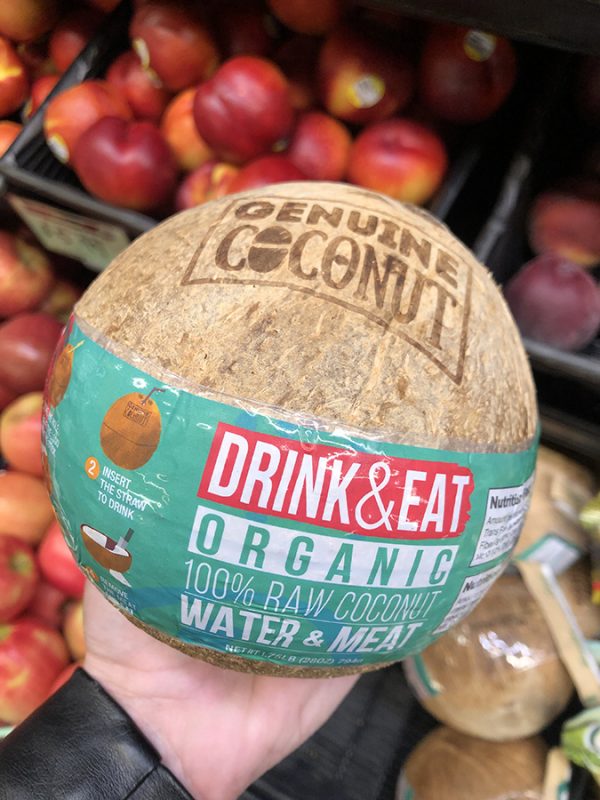 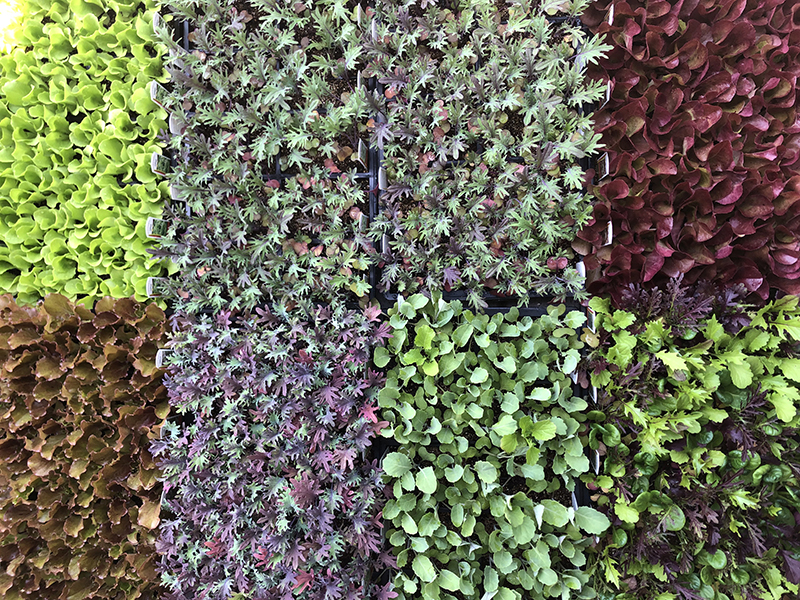 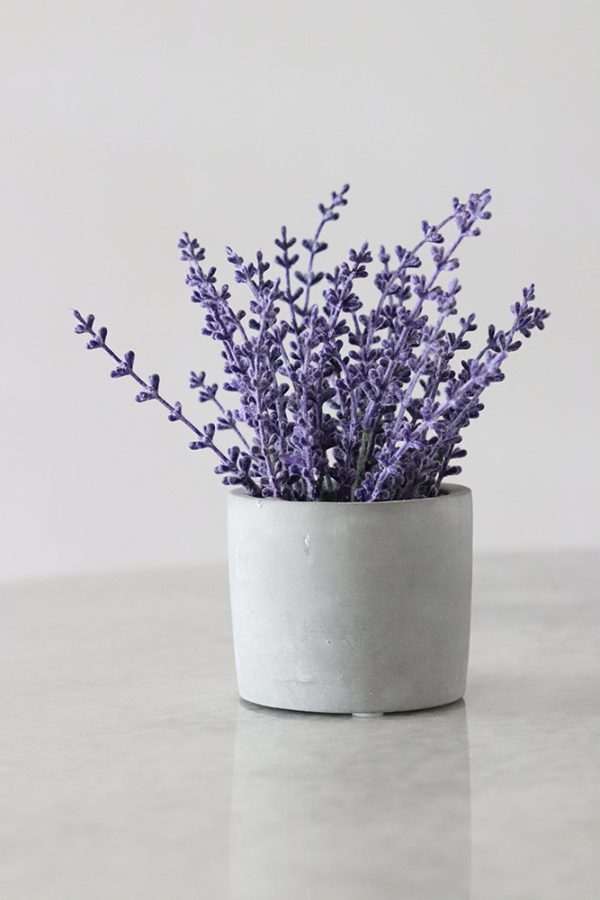 In May the Deli & Bakery department whipped up lots of new flavors, re-envisioned some old house made classics (like the Bahn Mi Recipe), came up with some new offerings like the Mediterranean Chickpea Salad (which we’ve also made in to a wrap), and PICKLED BEETS. Our Vegan Mac Salad has been hard to keep on the shelves, if you’ve never tried it, you are definitely missing out!

Coming soon in June, Housemade Gazpacho- so good on a hot summer day.

The bakery is highlighting some new Lavender flavored items for June, keep those eyes out for LavenderLemon Shortbread Cookies (ya, they’re Vegan!), and Lavender scones.

Coming up this month: Lunch Loyalty Punch Cards! Stay tuned for more information (we are excited about this one). 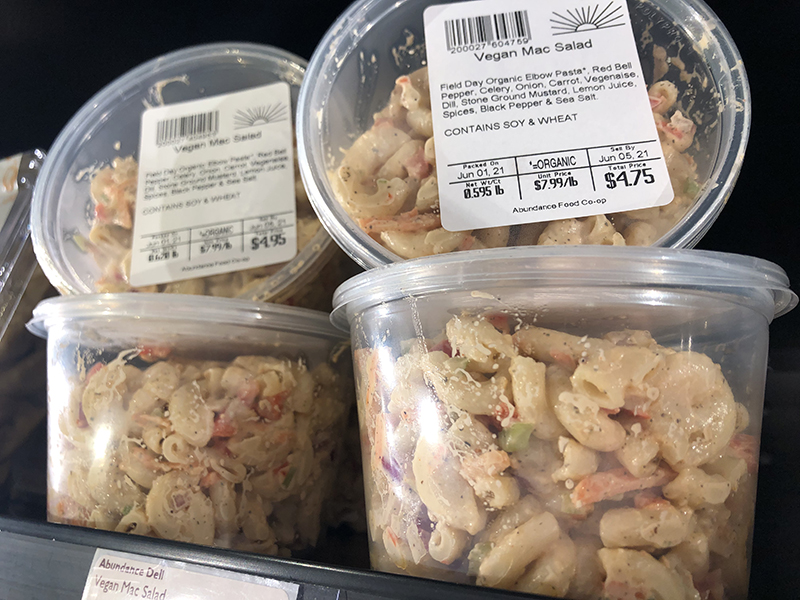 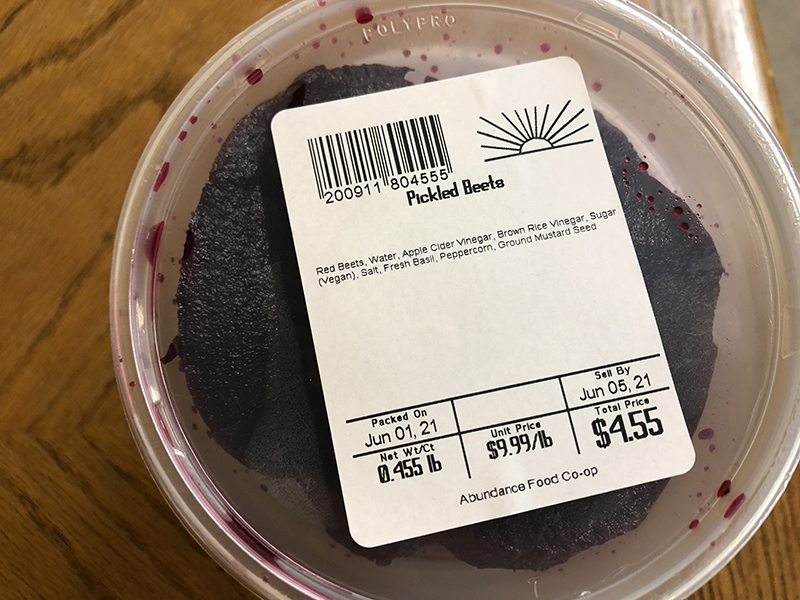 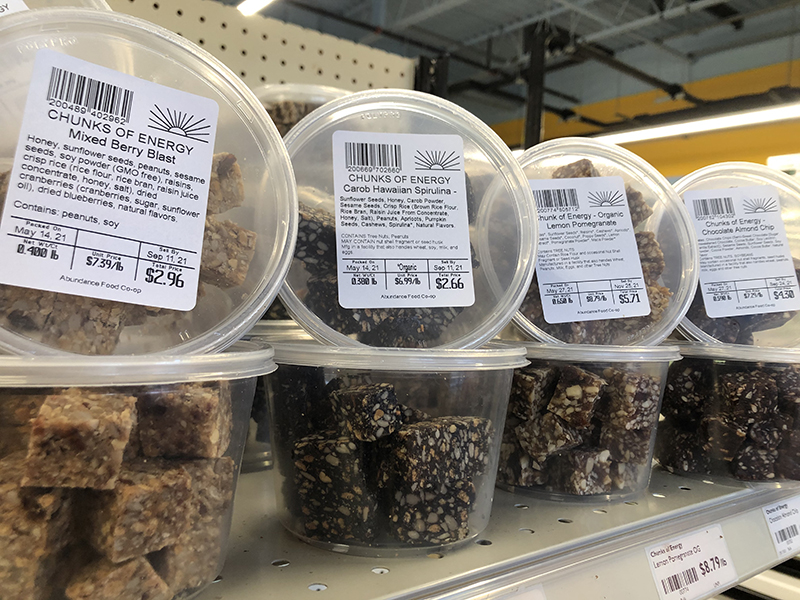 This month we would like to highlight Cuba Cheese Shoppe, locally crafted cheese.

The Cuba Cheese Shoppe is nestled in the farmlands of southwestern New York State where cheese has been a principle product since the late 1800’s. Cuba, at that time, was the “cheese center of the world.” The Shoppe is located approximately 75 miles southeast of Buffalo, NY. We greatly appreciate each and every customer and look forward to shipping our cheese all across this great country.

The cheese industry has been a part of this area (particularly Cuba, NY) for many generations. Numerous small cheese factories studded the countryside at various crossroads in the late 1800’s. The farmers took turns in hauling a week’s production of cheese to Cuba.Ultimately, most of the cheese was shipped by canal or by railroad to New York City and other markets.Cuba, at that time, was the “Cheese Center of the World!” The price for cheese was established at a meeting at the Kinney Hotel on West Main Street in Cuba each week and was accepted as the price in the nation and the world.

The first cheese company was formed in Cuba in 1871, known as Ackerly, Sill and Co.The business partners were Hosea Ackerly, Andrew Ackerly and Daniel Sill.The company needed storage space for their blocks of cheese, so a three-story building was renovated in 1889 – the current Shoppe building. Ice from nearby Cuba Lake provided the means of refrigeration and was used successfully until the late 1930’s. 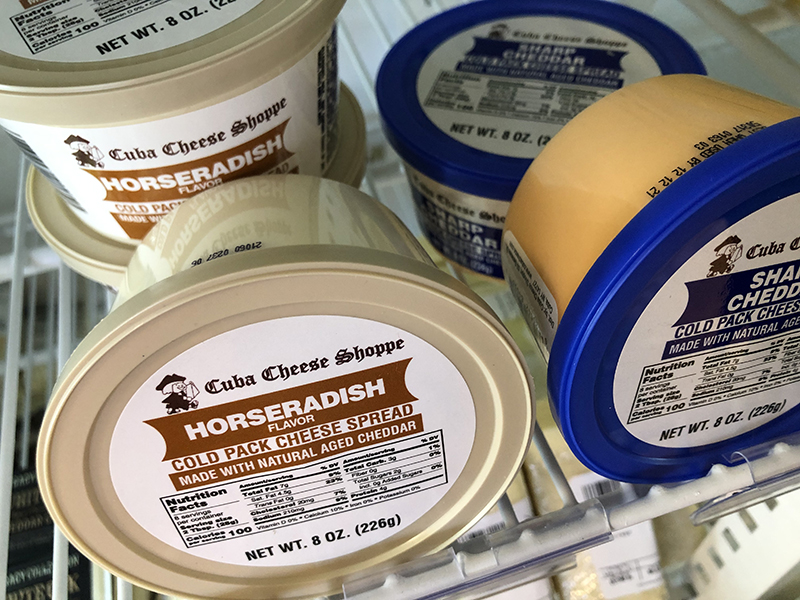 Have you ever checked out all the handmade goodies we have at the co-op? These super cute, canvas bags were hand painted by a local maker. 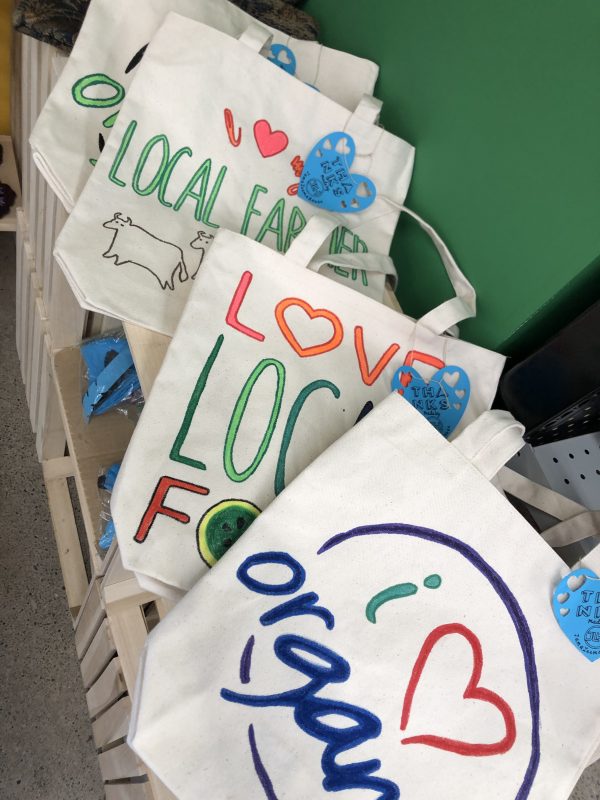 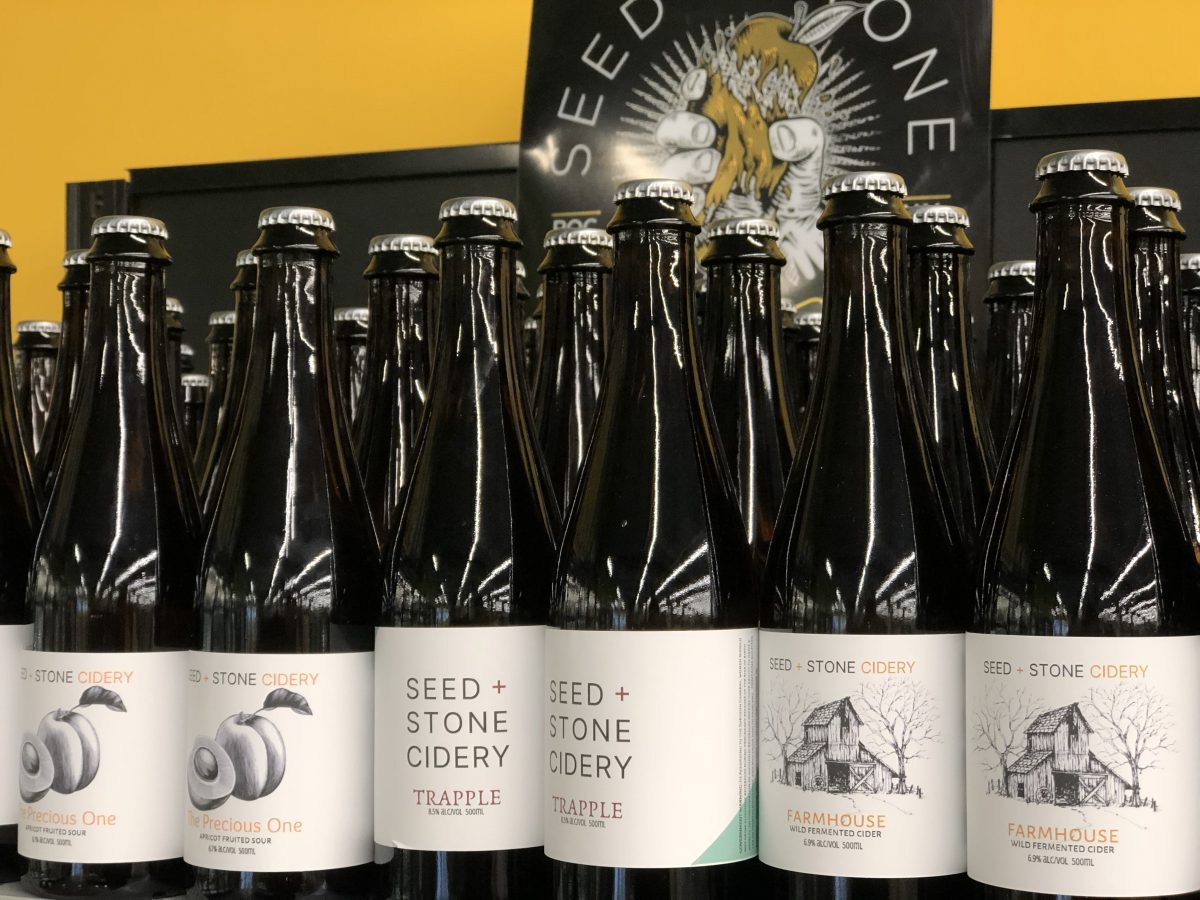 NEWS FROM THE BOARD 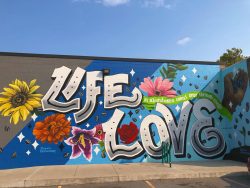 Board of Directors Meeting

The BoD meetings generally take place on the second Tuesday of every month. This month the Board of Directors meeting is on Tuesday, June 8th. Meetings start at 6:30PM, and go until about 8:30PM. We will be meeting at the co-op this month, in the cafe area.

Join us on Saturday, June 19th from 2PM – 6PM, for our Father’s Day Beer and Cider Tasting JAMBOREE! Try out a variety of local beers and cider samples that we have available to purchase inside the store. 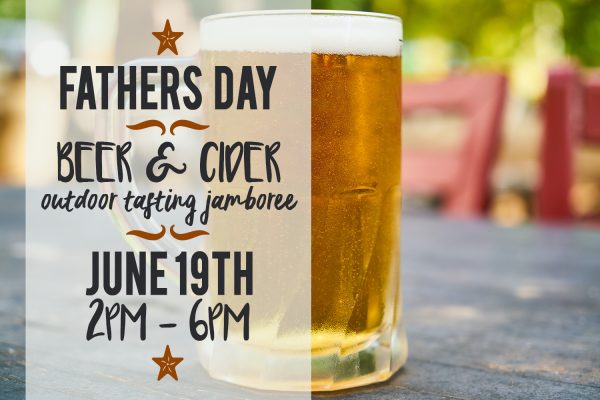 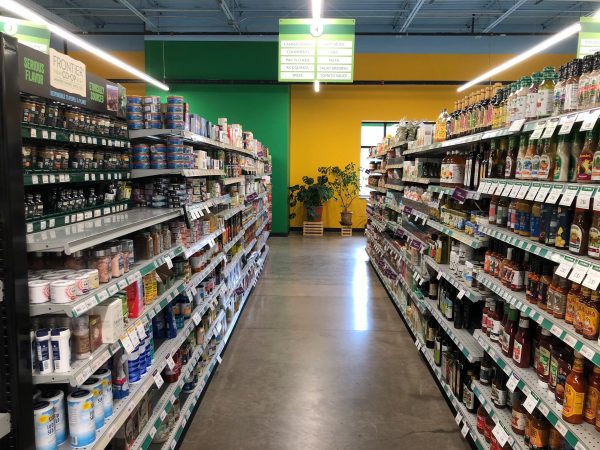 Friday, July 2nd, the co-op will open at 11AM to work on our quarterly inventory counts.

This week's organic weekly specials are in! Stop b

Check out this week's produce specials for great d

Local strawberries have arrived!!!!! Stop in and g

Here's a great toss-up of mango, jalapeno, lime, a

Have you noticed? Something new is happening at th

This week's organic produce specials are here! You

FLASH SALE!!!!! Stop by for an incredible deal on

It's beginning to look a lot like summer in the co

Stop by the produce department to find Natalie's O

Watermelon - the taste of summer - is back at the

Happy Memorial Day!!!! It's Monday and this week's

We've got a great selection of refreshing beverage

Start your day with something refreshing! We've go

ORGANIC WATERMELON has been tough to come by the l

Amazing Grains has amazed us all with their delici

Stock up on plant-based burgers and hots for your