A Tribute to Pat Mannix 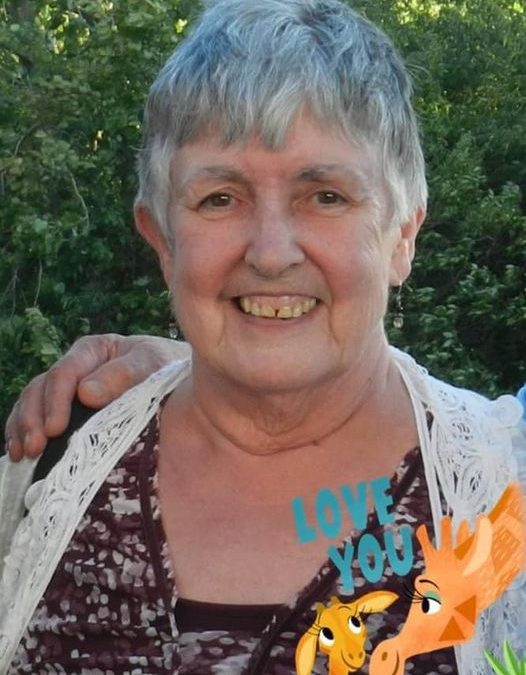 If you shop at Abundance cooperative Market, belong to a CSA, appreciate Metro Justice, participate in the peace movement or anti-racism initiatives, you can thank Pat Mannix for being a local catalyst for thought, planning and action.

Ever since we learned that her birthday was March 17, that day became St. Pats in our household. Pat was no traditional pious saint. In the tradition of Dorothy Day of the Catholic worker, Pat noticed people, noticed hunger, deprivation, inequity and garden variety evil. She engaged with everything she had and she persisted.

Pat and her late husband Richard were mainstays for many years at the local Catholic Worker — St. Joseph’s House of Hospitality.  They were stalwarts in their time, preparing and serving meals and offering shelter to people in need.  Pat also published the newsletter for a number of years.  Ardent pacifists, they participated in and planned demonstrations against wars, nuclear weapons and poverty.

Awareness of poverty led Pat to a larger understanding of food insecurity which led to a recognition that not only impoverished individuals, but the entire planet was in deep ecological peril.  Thirty-five years ago, there was no local produce available that was organically grown.  Pat was a part of the early development of what became Peacework Organic CSA (Community Supported Agriculture).  As an integral part of that organization’s Core Group, she published the newsletter, hosted countless meetings and coordinated volunteers for years. Together with farmer Liz Henderson, she gave presentations at organic conferences to inspire other farmers and their customers to join in CSA. Pat saw organic agriculture grow from a few small farms to a swath of organic farming enthusiasm from the PA border to the shores of Lake Ontario.

When the Genesee COOP Store closed over twenty years ago, Pat was one of a small group of absolutely driven individuals who eventually established Abundance Cooperative Market. Complex task is an understatement.  We fell down, we got up and tried again, we fell down again, we got up, we fell, we got up –we are still here.

Pat was not usually the one who lit the match, but she was often one of the first to notice that the little campfire was smoldering, so she was the one who fanned the fire that saved the flame for others to build upon. Her quality of persistence again and again…

In her later years, Pat helped us understand that racism is the underlying root of so much misery throughout our nation and the world. Her legendary book discussion groups and educational events and speakers she helped to organize forged important bonds that still persist between individuals transcending race, social class, and religion.

Finally, no tribute to Pat should fail to acknowledge her influence on children.  Beyond her family, there is a slew of adults from teenagers to 50-somethings who first met Pat as children. Pat was a memorably fun person to be with, and a wise and compassionate “second parent” to many.

Pat Mannix is irreplaceable. A heart like Pat’s is a rare and powerful thing.  The shadow times are getting deeper and angrier. Despair is easier than ever.  What we can do to honor Pat’s memory is to care about the consequences of our actions and do something every day to advance the cause of peace and justice. Just persist.

This week's organic weekly specials are in! Stop b

Check out this week's produce specials for great d

Local strawberries have arrived!!!!! Stop in and g

Here's a great toss-up of mango, jalapeno, lime, a

Have you noticed? Something new is happening at th

This week's organic produce specials are here! You

FLASH SALE!!!!! Stop by for an incredible deal on

It's beginning to look a lot like summer in the co

Stop by the produce department to find Natalie's O

Watermelon - the taste of summer - is back at the

Happy Memorial Day!!!! It's Monday and this week's

We've got a great selection of refreshing beverage

Start your day with something refreshing! We've go

ORGANIC WATERMELON has been tough to come by the l

Amazing Grains has amazed us all with their delici

Stock up on plant-based burgers and hots for your